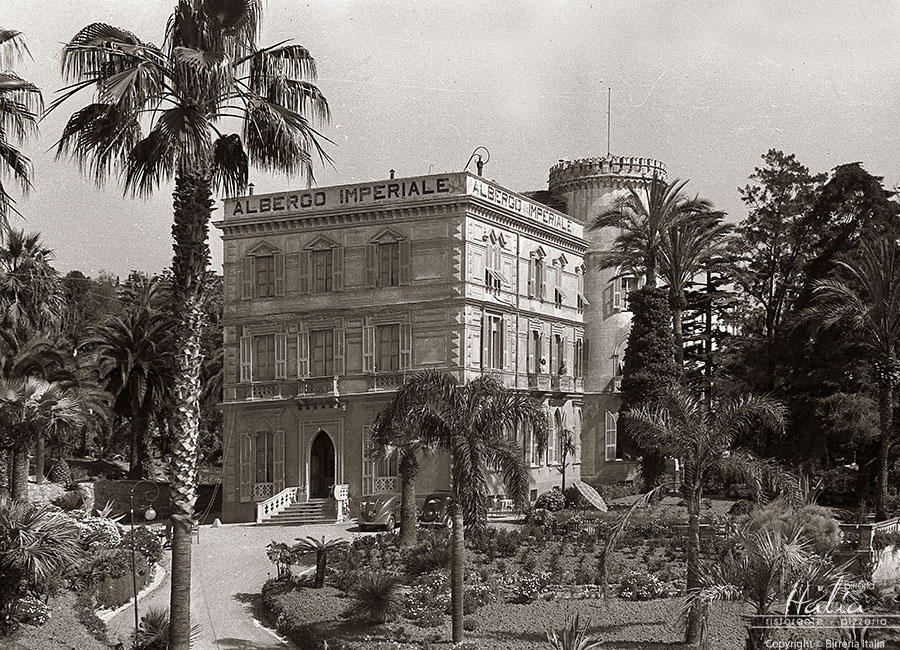 The Hotel Imperiale was one of the oldest hotels of modern Sanremo. The hotels in the city started to become true tourist structures also for winter guests and not only for passing business people, around the middle of the 1800's. The first, in order of time was the Hotel Londra, built in 1861, which all the other prestige structures followed on from.
From the Hotel Victoria, built in 1864 to the Hotel des Etrangers, dating from 1876 among whose guests one can name the ex British minsiter Lord John Russell and the French Emperor Napoleon III.
From the end of the 1800's the hotels of Sanremo became synonymous with luxury, with illustrious guests such as the King and Queen Gustavo V of Sweden, the King of Siam and of Nepal, Prince Danilo of Montenegro, Umberto of Savoy, but also actors and famous people such as Pietro Mascagni and Clark Gable. It was on the other hand the Hotel de Nice which became very famous for having hosted the Russian Empress Maria Alexsandrovna between 1874 and 1876,